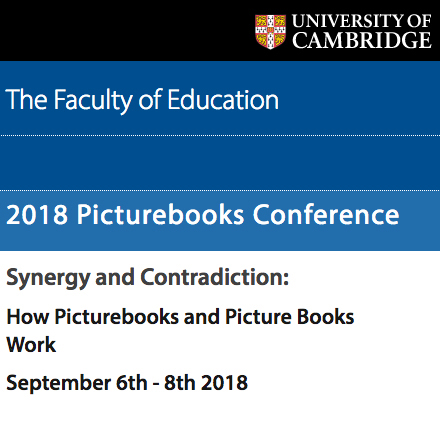 I will be presenting a paper at The 2018 Picturebooks Conference; Synergy and Contradiction:
How Picturebooks and Picture Books Work.

My paper will be based on ideas presented in the following abstract:

Recognizing Picturebook Images as Language:
A means to Understanding how Word and Image Work.
I am a picturebook illustrator. Though the picturebook writer may be the creator of the story, the writer and I share the storytelling role in different, yet equally valuable, ways.

According to Gunther Kress and Theo van Leeuwen though, visual representations are often defined as “uncoded replicas of reality or as a means of individual expression.”(1) The narrative may then be assigned to the verbal text, masking the illustration’s role as decorative and subservient to that of the written word.

I claim that only when picturebook images are recognized as “language”, can the combined roles of these two sign systems, the arbitrary words and the motivated pictures, be understood – as they articulate and modify meaning by being situated within the same picturebook or syntax.

In my paper I will argue that picturebook illustration is a semiotic system of structured, human representation and that which I choose to call “visual language”.

To do this I will deploy common conceptualizations from verbal language such as vocabulary, syntax, grammar and parts of speech such as nouns and verbs and their modifiers and discuss how these can be applied to a visual language.

Furthermore I will draw upon the descriptors that participate in Ferdinand De Saussure’s definition of “the linguistic sign,” as well as theories of Charles S. Peirce.

As all language can be both art and information, the language of picturebooks can then be discussed as art and information. Picturebook illustrations, which contain both communicative and aesthetic properties, can be seen as belonging to a genre similar to pictures with narrative structures conventionally considered fine art. In turn, fine art has a long tradition of visual storytelling, including tapestries, church frescoes, Rembrandt paintings and so forth.