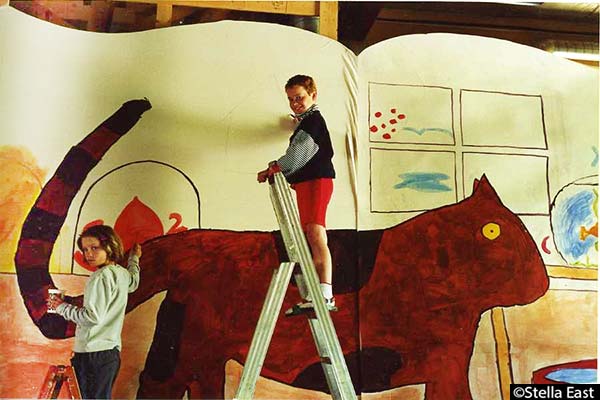 The costumes and scenography for the “ABC” musical were made at The Ulvik Cultural School. The musical is based on the poems from the book, “ABC”, by the Norwegian poet Olav H. Hauge, 1908 – 1994, and performed during the first “Ulvik Poesy Festival” (Ulvik Poesifestival) in 2000, Ulvik, Norway. 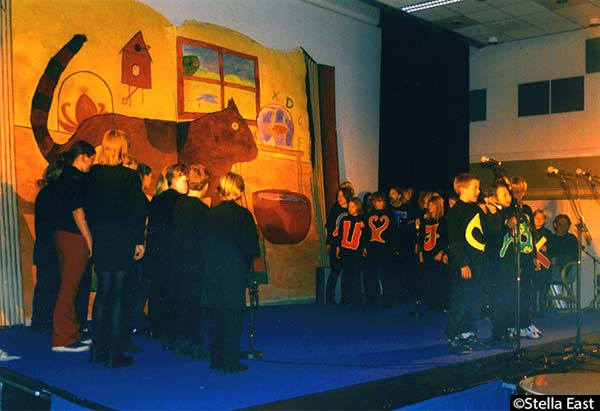 The “ABC” Musical with singers and dancers, costumes and scenography. Photo: Erling Wollestad

The production was initiated and directed by Erling Wollestad, principle at The Ulvik Cultural School.
Composer, Frode Stautland Danielsen, put the poems to music.

I had the pleasure and privilege of holding workshops with children, specially designed for creating the scenography, posters, and costumes, for the “ABC” musical. 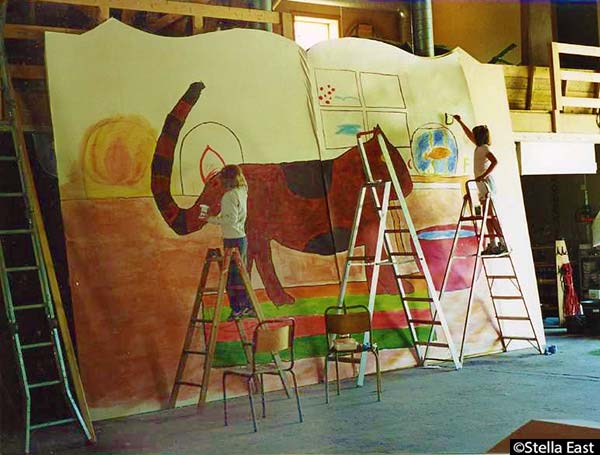 For the scenography, a six-meter wide papier-mâché book was assembled in a borrowed boat factory with help from some of the older students from Brakanes school in Ulvik. The materials, paper and cardboard, were donated and transported free of charge to the location. Each of the 5 pictures in the huge book was designed and painted by a group of four to six children. 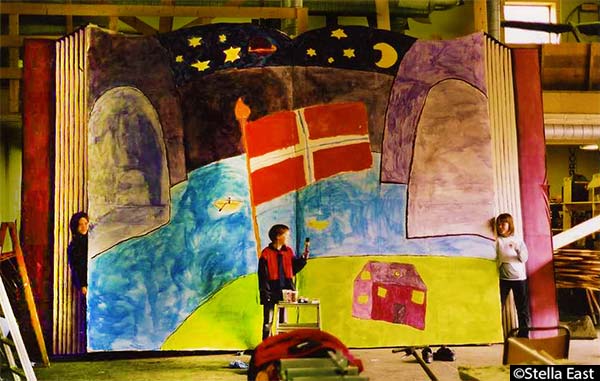 By turning four of the book’s pages, these four of five pictures on five spreads, changed the scene five times during the performance. 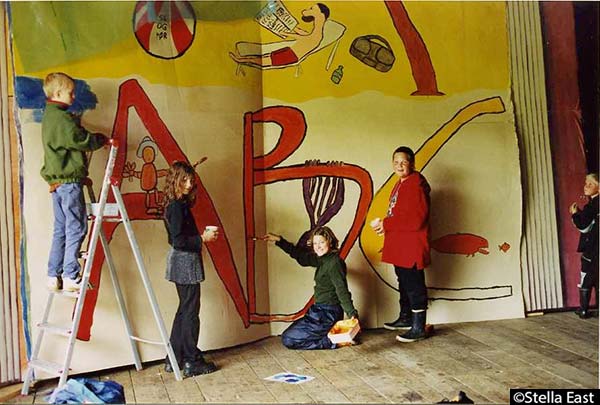 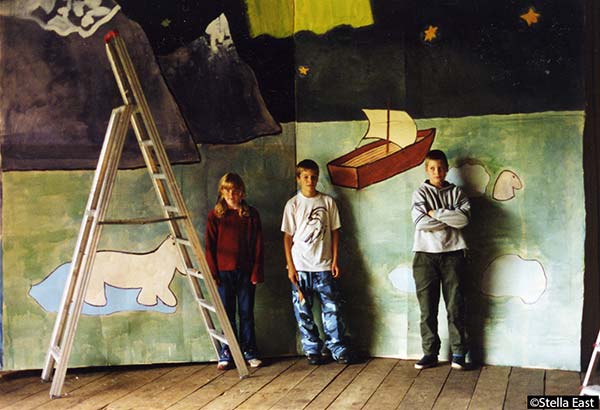 “ABC” and “I” for “Ice” produced in a borrowed boat factory in Ulvik, Norway. Photo: Stella East

For the costumes, grade 10 student at Brakanes School designed each their own font for the purpose of designing one letter each. The letters were drawn, painted, and applied to black t-shirts, which then became the costumes for the dancers. Each letter was eventually outlined in fluorescent paint allowing the letters to shine after the lights went out on stage! 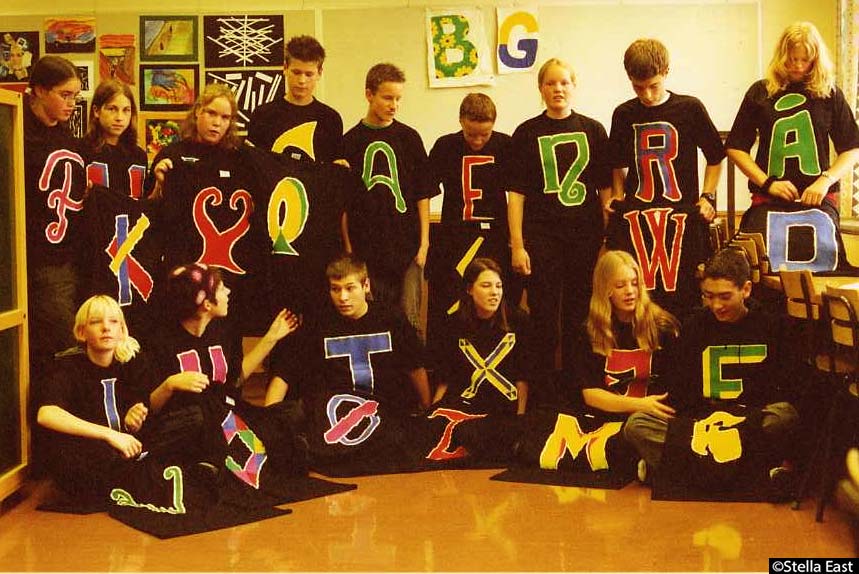 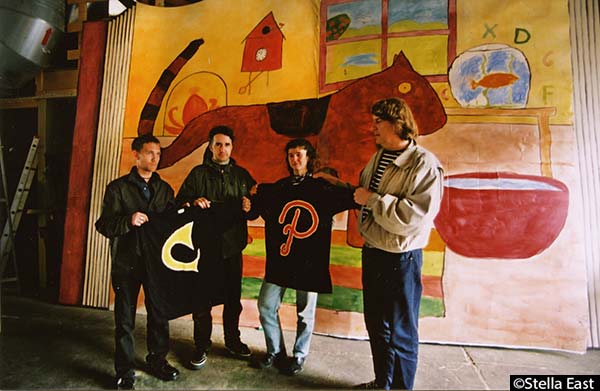 Musician, Heine Tjoflot and Composer, Frode Stautland Danielsen with the letter “C”, – and Musician and Principle of The Ulvik Cultural School, Erling Wollestad with myself and letter “P”, in front of the “cat” scenography.

I am forever grateful for all the people who supported and took part in this project and that I could experience this form of teaching/creating/workshoping this one amazing time. If I could choose, this is how I would like a school to be.

If anyone who is represented here, would prefer not to be, please let me know and I’ll remove your photo from my site.