A toy-lamb flees a toy-store at Christmas time. Elisabeth chases the lamb from Norway in the 1950’s, to Bethlehem in the year 0.
Each of the 24 paintings in Jostein Gaarder’s popular story, has a border signalling a position in history within the journey.
By reading one chapter a day in December before Christmas, “The Christmas Mystery” becomes an advent calendar. 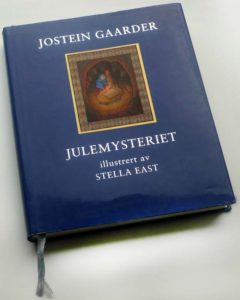 2 limited edition Giclée prints are available from this book here.

A NOTE ABOUT THE PRINTED ILLUSTRATIONS
The borders surrounding each “Christmas Mystery” image, still decorate the earlier versions of this beautiful book. Aschehoug publishers removed the borders in 2006 to make a “light” version of the book. In 2015 the cover image was removed. The original version still adorns libraries and schools throughout Norway.

Though it is 20 years since The Christmas Mystery first appeared as a full coloured illustrated book, fans still exclaim how much more beautiful it once was.

I have a wish; – that one day, Aschehoug will reprint the book with the pictures and their borders as originally designed. 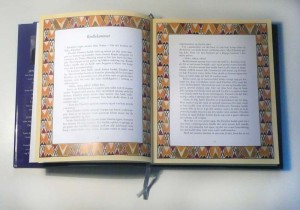 In the original versions of The Christmas Mystery, the borders decorating the paintings, decorated also the text that told the story within the story. . . 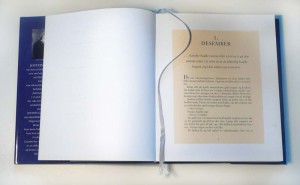 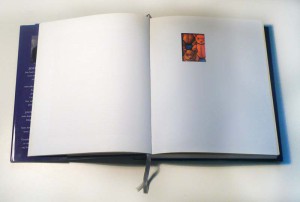 Each page preceding each image functioned as an advent window. 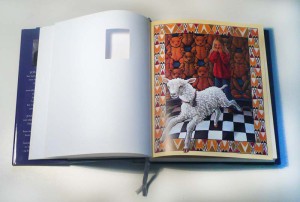